Indigenous Languages of the British Isles

When I saw this event advertised I thought it would be interesting to a Scottish Gaelic student in London—whose family in the past had had the Gaelic, but had lost it—to hear how the future of Gaelic and the other indigenous languages of the British Isles was viewed by people who not only spoke these languages but made their livelihood from writing and singing in them. 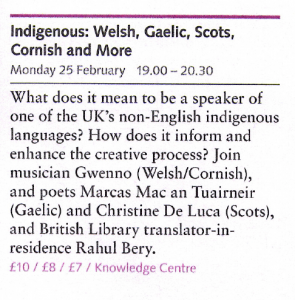 People were invited to arrive early and participate in a taster in either the Welsh language or Cornish, both of which were very well-attended. I chose the Cornish taster session, which was given by a teacher from City Lit in London. Although listening to this language was interesting, I had difficulty relating it to any other language I had heard. As my father might have said, I had nothing to “hang it on”. There did appear to be a number of new words introduced into Cornish, to keep up with the modern world!

The main discussion followed in the auditorium and was attended by, I estimate, 60 or so people. The discussion was led by Rahul Bery, the translator in residence at the Library. The guest speakers were Gwenno, a musician in Cornish and Welsh; Marcus Mac an Tuairneir, a poet in Scottish Gaelic and Christine De Luca, a poet in Scots. 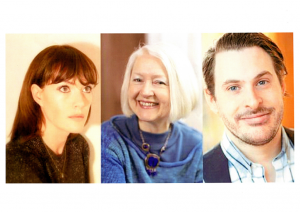 Rahul began the discussion with statistics about the number of speakers of each of the languages, then introduced each speaker. The speakers proceeded to give short explanations of their backgrounds. A short film was shown of Gwenno’s work; Marcus read two of his poems with translations; and Christine read two of her poems without translations. The discussion touched on topics such as whether the speakers saw themselves as people who may have influence on how the languages develop; and whether the speakers saw a clear future for their languages. There were also the usual remarks about funding for indigenous languages and who got what share of the pot.

All three speakers indicated that they saw themselves as part of a larger group interested in keeping their respective languages alive. None of them felt that people who spoke indigenous languages used them as a way of excluding non-speakers. Two things that they all shared was a passion for their respective languages and a strong belief that the language was the pivotal point of the distinctive culture that goes with it. There was a consensus that the future for all indigenous languages is dependent on support not just from the various political parties but from the people who inhabit these islands. 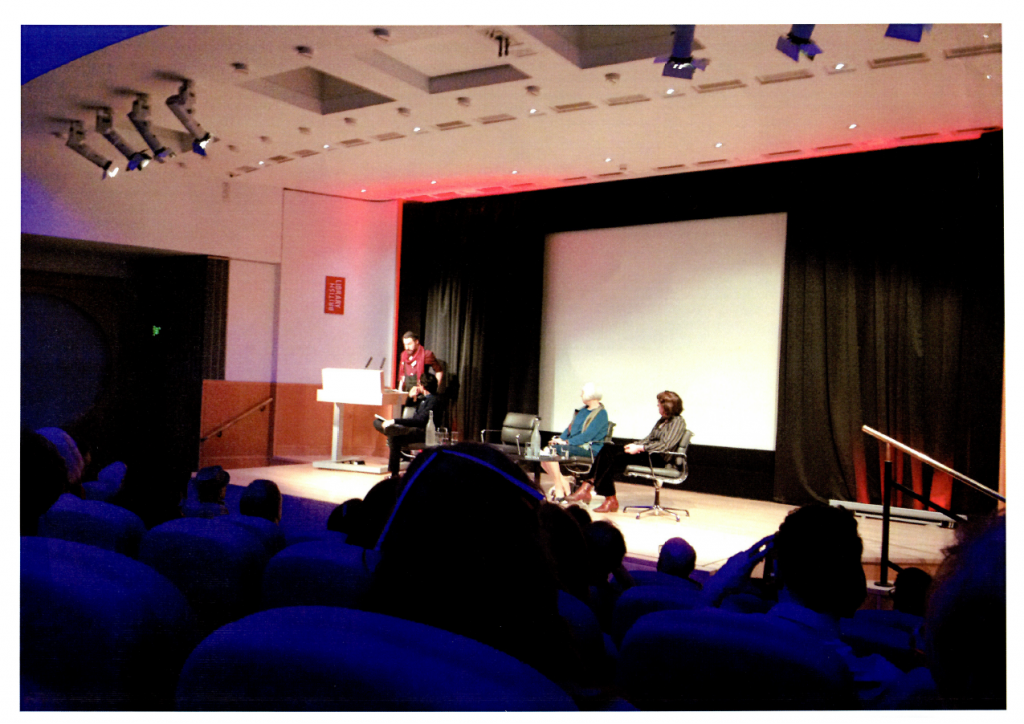 I do feel that an opportunity was missed by Rahul, given the number of people present, to ask the audience who in it had some knowledge of Irish Gaelic, Scottish Gaelic, Welsh, Cornish or Scots. The Gaelic CL class community was well-represented, with four past or present students in attendance, as well as their teacher. 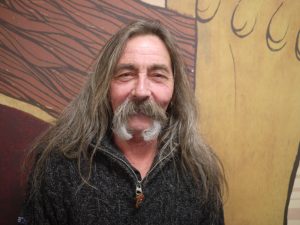