The London Gaelic Choir is the oldest Scottish Gaelic choir in the world, founded in 1891. Rehearsals, then as now, take place in Crown Court Church of Scotland in London’s lively West End.

The choir meets to rehearse on Tuesday nights from 7pm. New members and visitors are welcome. Knowledge of Gaelic is not necessary as instruction in both Gaelic and music is given at rehearsals.

The size of the choir has varied over the years. Currently, on any average Tuesday there will be around a dozen regular choir members in attendance, with others attending occasionally. You do not have to be from the Highlands and Islands or even Scotland. The current choir membership includes native Gaelic speakers from the Highlands and Islands, but also Lowland Scots, people from both the North and South of England and from as far afield as the Antipodes.

The choir does not have a regular concert progamme, but instead gives performances by invitation from time to time by organisations like Livery companies and London street markets. It also acts as the church choir for the now established annual Gaelic carol service at the Lumen Church in Regent Square.

Còisir Lunnainn rehearsing for the carol service at the Lumen church

In addition, this year the choir returned to the Mòd after a gap of several years, scoring respectably in the Magrat Duncan competition. A number of members also entered individual competitions. A blog piece by choir soprano Eilidh Cooper Oliver on the return of Còisir Lunnainn to the Mod can be found on this site (here). 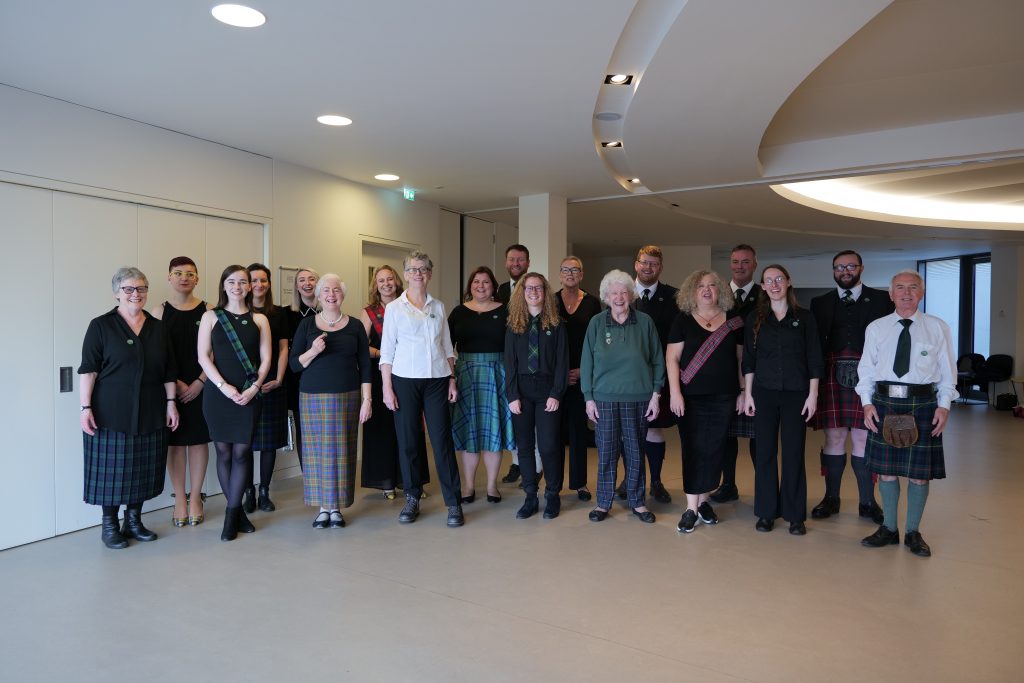 The choir also organises occasional cèilidhs, from full cèilidh dances to nights in the pub with party pieces and old favourites. 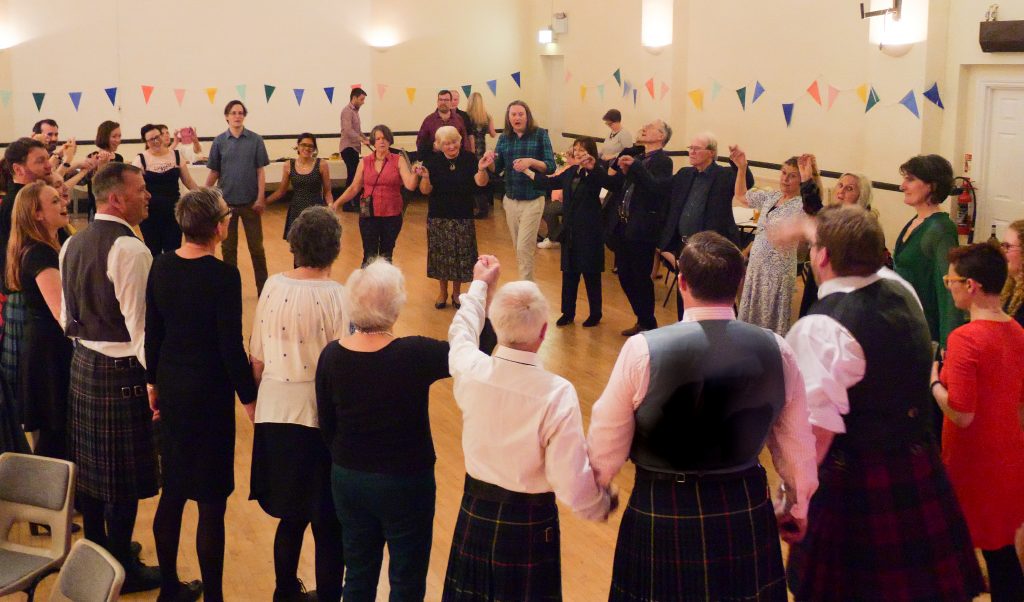 The choir is conducted by Fergus Reoch and Angelique MacDonald. An interview with Fergus and Angelique about the Choir can be found here. 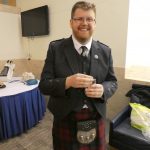 Fergus is from Bearsden. 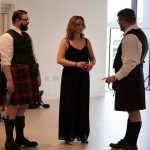 Angelique is from New Zealand.
Manage Cookie Consent
We use cookies to optimize our website and our service.
Manage options Manage services Manage vendors Read more about these purposes
Preferences
{title} {title} {title}