Sabhal Mòr Ostaig is Scotland’s Gaelic college. It is on the Sleat (pronounced ‘slate)’ peninsula in Skye, near the ferry terminal at Armadale. Most Gaelic learners find themselves eventually at Sabhal Mòr Ostaig taking one of the week-long short courses which the college runs at Easter and over the summer. Sabhal Mòr also runs distance learning courses which do not require attendance at the college, but where students participate in weekly telephone classes. Most of the members of the London Gaelic class—certainly the majority of the level 2 class—have been to Sabhal Mòr at least once, and some have been back many times. The name ‘Sabhal Mòr Ostaig’ literally means ‘Large Barn at Ostaig’. The explanation is that the founders of the college purchased a large stone barn at Ostaig on Skye, in which the college was originally located. The barn is still there and forms part of one of the two college campuses. 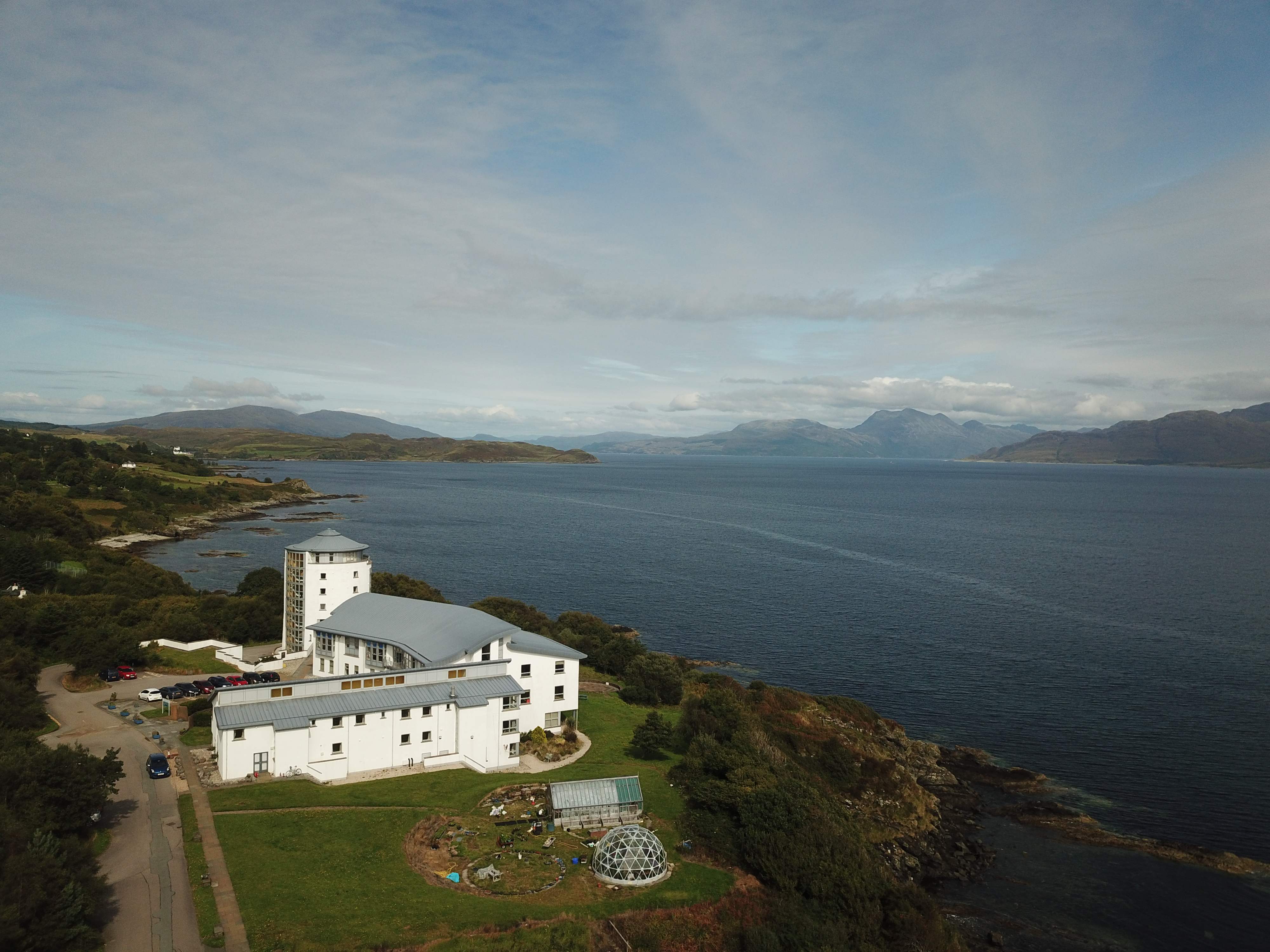 There is now an abundance of online resources for Gaelic learners. So far as dictionaries are concerned, the ‘Am Faclair Beag’ site https://faclair.com provides both modern Gaelic definitions and definitions from the classic dictionary of Edward Dwelly (originally published in 1920). The dictionary at learngaelic.scot/dictionary is the same as the modern version on the Faclair Beag site, but contains many more sound files; it is thus an almost comprehensive ‘speaking’ dictionary of Scottish Gaelic.

Lots of other resources can be found at learngaelic.scot including Roddy Maclean’s ‘Letter to Learners’, a short ‘letter’ in both sound and text format. A simplified version of the letters, known as ‘An Litir Bheag’ (‘The Little Letter’), can also be found on the site. There are now many hundreds of these letters, which are a fantastic resource for learners.

Another useful resource is the radio series ‘Beag Air Bheag’ (‘Little By Little’), a series specifically for Gaelic learners on BBC Radio Nan Gaidheal. This programme is currently on its ninth series, and every programme can be found as a podcast on the BBC Sounds app.

There are also useful language-learning apps, the best of which include memrise.com and the Anki app. There are already a number of Gaelic vocabulary courses on Memrise, but you can also use either Memrise or Anki to create your own vocabulary lists.

The best book for Gaelic learners is undoubtedly ‘Teach Yourself Gaelic’ by Boyd Robertson and Iain Taylor. However, no matter how good the book, it is only possible to get so far with Gaelic by attempting to ‘teach yourself’. All learners are encouraged to join a class, not least as you will then have a teacher who can answer your questions (and correct your mistakes!).

In the 1990s a television series for learners was broadcast by the BBC called ‘Speaking Our Language’. This remains a useful resource for learners. The programmes continue to be broadcast on BBC Alba and the DVDs can be purchased from the Gaelic Books Counsel (https://gaelicbooks.org ).