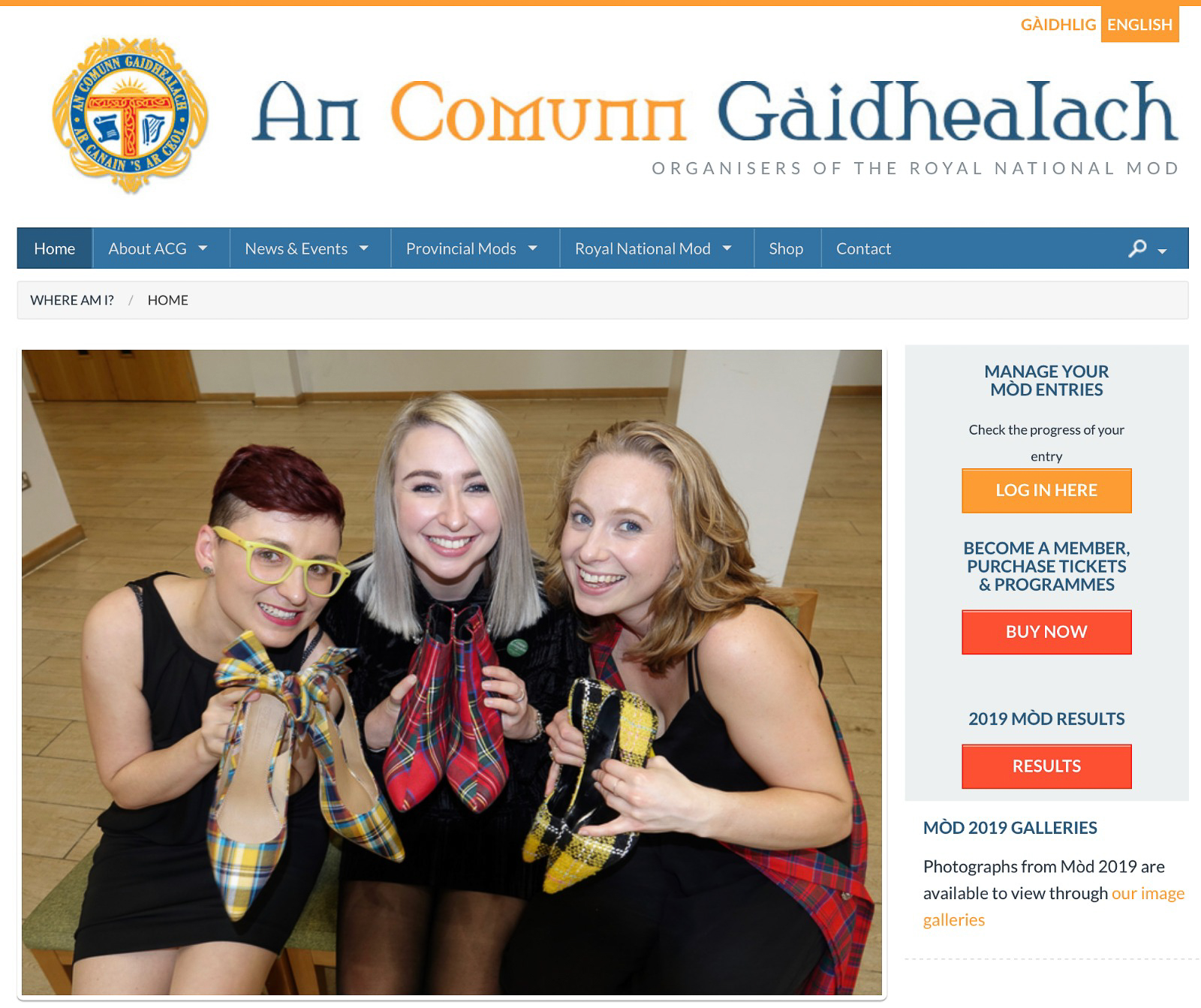 The London Gaelic Choir returned to the Royal National Mòd in Glasgow this year after an absence of many years. Eilidh Cooper Oliver was there and tells us about it…

[Picture above: members of the London Gaelic Choir with their smart tartan shoes! Eilidh herself on the left-hand side.]

I myself have only been to the Mod twice, and both of those when I was still in primary school. There were others who had never been to the Mod and also those who had been many times – many more years than I have been alive. 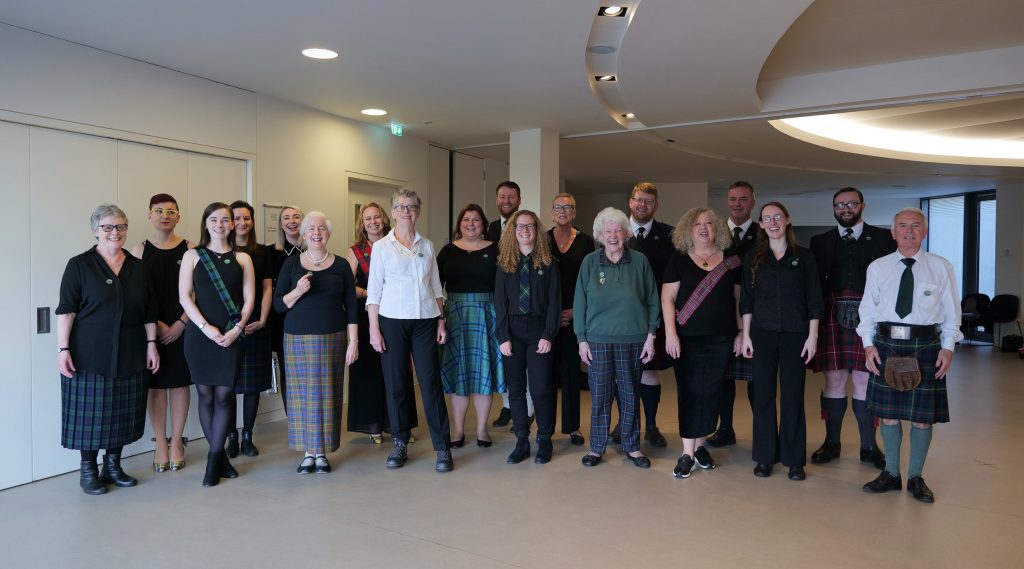 Well, I sure did enjoy it! I was a bit nervous about standing up on stage, and I really wasn’t expecting to feel that way. I have been singing in front of an audience since before I could read, but as soon as I stood up on that stage, I was ready to faint! And I really didn’t want that to be the one thing that people remembered about Coisir Lunnainn’s return to the Mod, what with us being live on BBC Alba and all. 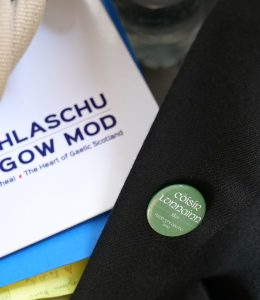 But I survived, and very proud of the points we achieved. But much more than the singing itself, I really enjoyed meeting up with people I know, and being surrounded by people speaking Gaelic. I had a sort of sense that I had returned home. We are all full of motivation to learn more songs and speak more Gaelic. But maybe next year I’ll wear flats! 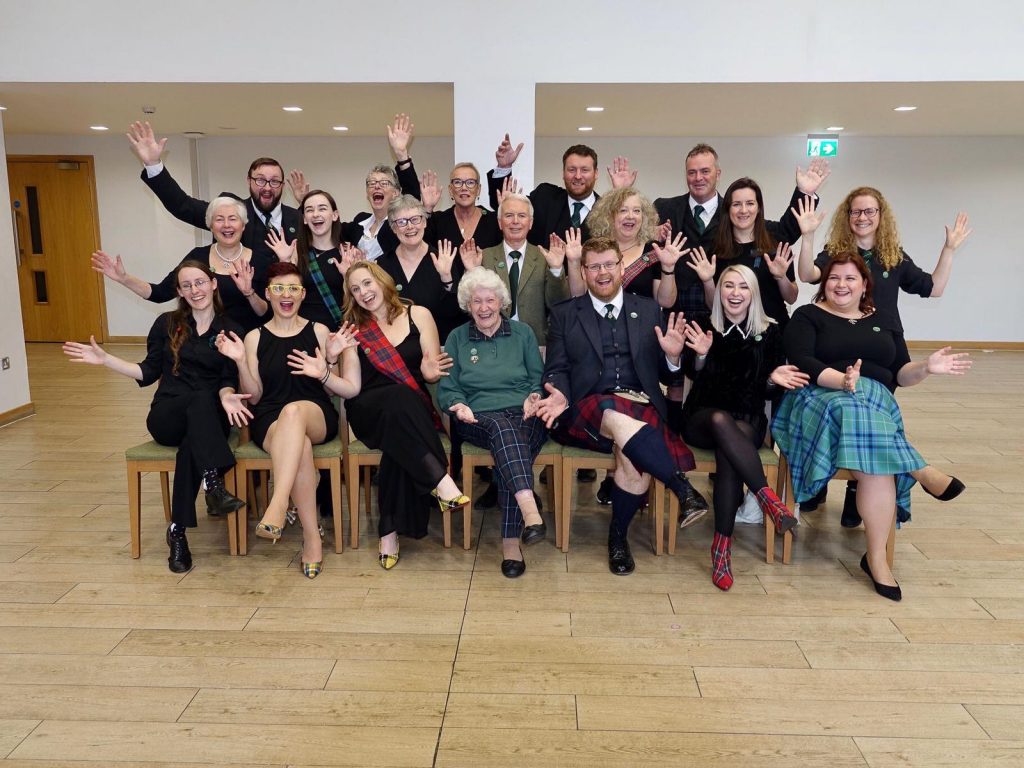